One of the biggest and most common mistakes that people accused of crimes make is to speak to police or prosecutors prior to speaking with their attorney. The police will record and use any statements made by a person accused of a crime against them in court. That is part of a police officer’s job. Too many times, those arrested for crimes think that if they are cooperative that the police will go easy on them—it almost never works that way.
Fortunately, in the United States, when people are arrested, they do not have to talk to the police at all. All of us have a constitutional right to remain silent when questioned by police or prosecutors. The only thing that anyone who has been arrested should say to the police is that they would like to remain silent until they speak to their attorney.
The Fifth Amendment of the United States contains a clause which states that no person “shall be compelled in any criminal case to be a witness against himself.” This clause includes the right to remain silent when questioned by police. No person in America can be compelled to incriminate themselves, meaning that police, prosecutors, and judges cannot force you to say anything that could help the state convict you of a crime.
This Fifth Amendment right is crucial to our criminal justice system. Without this right in place, police and prosecutors could compel and coerce confessions. In the past, this led to many wrongful convictions. In fact, in many countries today, police still routinely rely on coercion and even torture to get confessions. Of course, many of these confessions are false. The Fifth Amendment right against self-incrimination exists to prevent this coercive and unjust practice.

This right is so important that the United States Supreme Court, under the landmark case Miranda v. Arizona (1966), has held that police are required to notify anyone they take into custody of their Fifth Amendment right to remain silent. If the police fail to notify a person that is in custody of this right, any information they learn from interrogating that person is typically inadmissible in court.

Not only must anyone taken into custody be informed of their right to remain silent before being questioned, but police must also stop questioning a person immediately if that person invokes their Fifth Amendment right to silence. In the words of the Supreme Court in Miranda:
“If the individual indicates in any manner, at any time prior to or during questioning, that he wishes to remain silent, the interrogation must cease… If the individual states that he wants an attorney, the interrogation must cease until an attorney is present. At that time, the individual must have an opportunity to confer with the attorney and to have him present during any subsequent questioning.”

Always Consult With Your Attorney Before Speaking to Police or Prosecutors

Anyone who has been arrested or otherwise is being targeted as a suspect and questioned by police should exercise their Fifth Amendment right to remain silent. And, anyone who has been charged with a crime should call an experienced criminal defense attorney immediately. If you have been arrested, you should never talk to police until after you have consulted with your attorney.

If you are accused of a crime, it is crucial to protect your constitutional rights. Your freedom, livelihood, and reputation can depend on it. If you would like more information about this issue, please contact us today. 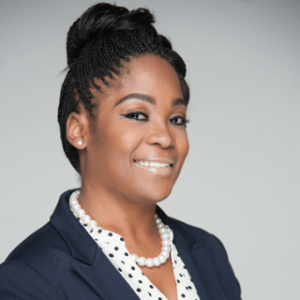 Tips for Having a COVID-Safe Halloween This Year