From MLK to Warnock, We Join The Fight For What’s Right

As an Atlanta-based, black-owned personal injury law office, Lamar Law Office is proud of the men and women from this city who have fought for civil rights and continue to fight for the rights of people of all races and backgrounds. During the month of January, we reflect on the dream of Martin Luther King, Jr. that lives on today, even in the very city of Atlanta.

Martin Luther King Jr. was a leader of the civil rights movement and a strong promoter of peaceful protesting. He fought against racial segregation laws in public spaces, laws that inhibited the voting rights of many people of color, and the general injustice experienced by many black Americans. His peaceful protests brought awareness to racism in America and influenced lawmakers to change unjust laws. For example, the March of Washington, organized by King and other civil rights leaders, had a strong effect on the national opinion of civil rights and led to the passage of the Civil Rights Act of 1964.

We continue to see the positive effects of the life of Martin Luther King Jr. through the peaceful protests happening here in Atlanta and all across the country. King’s focus on peacefully marching and protesting unjust laws inspires many civil rights advocates of today’s generation to stand against racism and unjust laws that continue to affect the black community even today. People of all ages, genders, and races are joining together to follow in King’s footsteps and demand change in a peaceful yet powerful way.

Stacey Abrams is one of these civil rights activists paving the way for change in a similar manner to Martin Luther King. As the former minority leader in the Georgia House of Representatives, Abrams understands the struggles of many minority groups here in the state and has worked tirelessly for over 10 years to make governmental changes and protest unjust rules that block the basic civil rights of many minority groups.

Her latest campaign has been to increase voter registration and voter turnout among Black, Latino, and Asian voters in the state of Georgia; a campaign that was hugely successful. Many contribute Abrams’s efforts to the victory of President Joe Biden, as well as the victories of Georgia Senators Raphael Warnock and Jon Ossoff.

However, Stacey Abrams is not the only civil rights activist who helped to turn the state of Georgia blue. There are so many other individuals and organizations who continue the fight that Martin Luther King, Jr. helped to start. The late Rep. John Lewis, Tameika Atkins, Helen Butler, and Deborah Scott are just a few names who continued to carry the torch to fight against injustice.

When Raphael Warnock won the Georgia senate seat against incumbent Kelly Loeffler in January 2021, it was a victory that could, in many ways, be the fruit of Martin Luther King’s labor.

Raphael Warnock, the first black senator from Georgia, was influenced by King during his early years of education at Morehouse College. King’s influence in his life continued as Warnock began to pursue a career as a pastor while also becoming a political activist. Raphael Warnock went on to become one of the senior pastors of King’s former congregation and used his position to become involved in political topics such as climate change and healthcare.

Individuals like Raphael Warnock, Martin Luther King Jr., and Stacey Abrams inspire us through their commitment to social and outward responsibility. Lamar Law Office congratulates Raphael Warnock on his historical victory as the first black Senator from Georgia. We are dedicated to fight alongside Warnock, as well as other social activists in the state of Georgia, as part of our social responsibility.

Our law office strives to do more than just offer personal injury law services here in Georgia. We hope to educate and inspire each of our clients to engage in their communities and become involved in various fights for racial and social justice. There are so many great organizations in Georgia, such as Black Lives Matter-Atlanta, Georgia Justice Project, and the Urban League of Greater Atlanta, who are working to empower minority groups while making positive changes in many different communities.

It’s all of our social responsibility to stand up for peaceful and positive changes in our local communities. We are proud to be a law firm that can serve the Atlanta community, as well as the surrounding areas, and make an impact on clients and communities all across Georgia.

Learn more about our law firm and about how we are pursuing our social responsibility here in Atlanta by contacting us today or by visiting our law office in Tucker, GA. 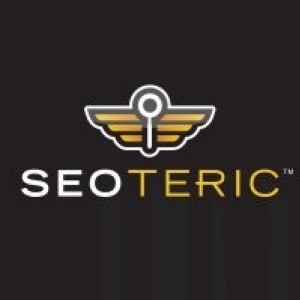 The Bicyclist’s Guide to Bike Accidents in Georgia