This month, often celebrated as “Pride month” by members of the LGBTQ community, saw a victory in the Supreme Court.

On June 16, 2020, the Supreme Court reached a decision in the Bostock v. Clayton County case, which originated in Clayton County, Georgia. Gerald Bostock had been an official in the county’s juvenile court system since 2003, where he maintained good performance records.

In April 2013, the county initiated an audit of funds managed by Bostock, and ultimately fired him. In early 2013, Bostock had joined a gay softball league and promoted within the department as a volunteer activity.

Given the suspicious closeness of these two events, Bostock believed the company’s claim of “misspent funds” was an excuse to fire him for being gay. At the time of his firing, Georgia lacked laws protecting LGBTQ persons from employment discrimination.

After a series of cases in lower courts, Bostock petitioned the Supreme Court for a writ of certiorari on the question of whether the word “sex” in Title VII of the 1964 Civil Rights Act, which bars employer discrimination based on sex, included sexual orientation.

Before this point, courts had been conflicted on this question and different decisions had been reached. Some states included protection for LGBTQ persons, and others did not.

Because of the 6-3 decision in Bostock’s favor on June 16th, LGBTQ persons will be protected from employment discrimination in every state.

The majority opinion was delivered by conservative-leaning Justice Neil Gorsuch. Interestingly, Gorsuch used a conservative method of reasoning known as textualism to explain the court’s decision.

He took the word “sex” and determined that, in fact, those who discriminate against LGBTQ persons are discriminating based on their sex (male of female.) Here is Gorsuch’s explanation:

“An employer who fired an individual for being homosexual or transgender fires that person for traits or actions it would not have questioned in members of a different sex. Sex plays a necessary and undisguisable role in the decision, exactly what Title VII forbids.”

Other conservative justices like Justice Samuel Alito pointed out that those who authored the 1964 Civil Rights Act did not intend “sex” to include LGBTQ persons, and that textualism takes into account the author’s intention. Despite this, the court ruled on the side of popular opinion.

Many large corporations including Amazon, Disney, and Coca-Cola came out on the side of Bostock, asserting that expanding Title VII to include LGBTQ persons would not be “unreasonably costly or burdensome” to them.

The LGBTQ community celebrates this decision as a victory, knowing that in all 50 states it is now illegal for employers to discriminate against them on the basis of sexual orientation or gender identity.

While many companies had already adopted this as a policy to avoid litigation, the law ensures discimination against LGBTQ persons can no longer take place unchallenged.

Some have raised questions about what it will take for employers and institutions to comply to this expanded understanding of “discrimination by sex.”

Hundreds of federal and state statutes include the word “sex.” This case will likely have consequences for the policies pertaining to military and prison dress codes, sex-specific schools and universities, sports teams, and more.

The question of religious objection was acknowledged by the court, but left unanswered.

Lamar Law Office, LLC commends the Supreme Court’s decision as a step forward for the LGBTQ community. At the end of Pride Month, we await the legal consequences of the decision with hope that they will lead to a more fair and equitable society. 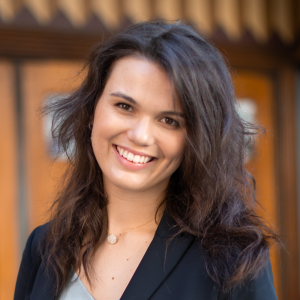 The Bicyclist’s Guide to Bike Accidents in Georgia

Before You Head to the Beach This Summer, Read Up on Hands Free Laws

Cause of Action: July 2020 Newsletter